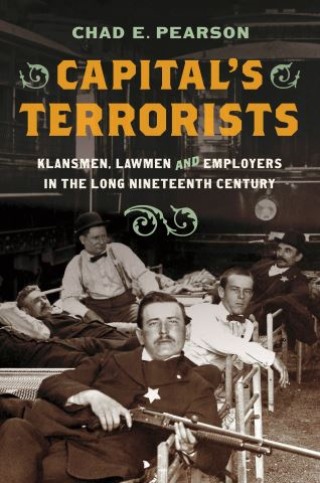 Klansmen, Lawmen, and Employers in the Long Nineteenth Century

Through the late nineteenth and early twentieth centuries, employers and powerful individuals deployed a variety of tactics to control ordinary people as they sought to secure power in and out of workplaces. In the face of worker resistance, employers and their allies collaborated to use a variety of extralegal repressive techniques, including whippings, kidnappings, drive-out campaigns, incarcerations, arsons, hangings, and shootings, as well as less overtly illegal tactics such as shutting down meetings, barring speakers from lecturing through blacklists, and book burning. This book draws together the groups engaged in this kind of violence, reimagining the original Ku Klux Klan, various Law and Order Leagues, Stockgrowers' organizations, and Citizens' Alliances as employers' associations driven by unambiguous economic and managerial interests. Though usually discussed separately, all of these groups used similar language to tar their lower-class challengers—former slaves, rustlers, homesteaders of modest means, populists, political radicals, and striking workers—as menacing villains and deployed comparable tactics to suppress them. And perhaps most notably, spokespersons for these respective organizations justified their actions by insisting that they were committed to upholding "law and order."

Ultimately, this book suggests that the birth of law and order politics as we know it can be found in nineteenth-century campaigns of organized terror against an assortment of ordinary people across racial lines conducted by Klansmen, lawmen, vigilantes, and union busters.