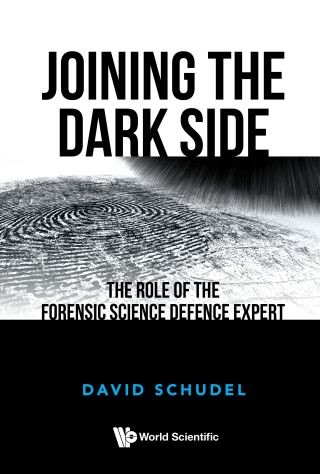 Joining the Dark Side

The Role of the Forensic Science Defence Expert

The role of a forensic science defence expert is often referred to by those working for the police/state/government forensic labs as being on the 'dark side.'

In Joining the Dark Side, author David Schudel outlines the evolution of a fascinating career that starts out in the dark side and looks at what problems can appear in forensic cases. The book delves into the problems inherent to forensic science, in particular cognitive bias and scientific philosophy. It also looks at the emotional impact and specific challenges behind forensic science and provides the reader with some sage advice on giving evidence in Court.

Readership: Those interested in science as well as forensic science; those in the criminal justice system; lawyers in civil or criminal work; members of the police.