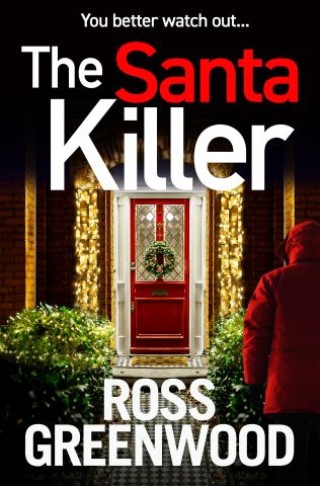 The Santa Killer is coming to town…

One night less than two weeks before Christmas, a single mother is violently assaulted. It’s a brutal crime at the time of year when there should be goodwill to all. When DI Barton begins his investigation, he’s surprised to find the victim is a woman with nothing to hide and no reason for anyone to hurt her.

A few days later, the mother of the woman attacked rings the police station. Her granddaughter has drawn a shocking picture. It seems she was looking out of the window when her mother was attacked. And when her grandmother asks the young girl who the person with the weapon is, she whispers two words.

The rumours start spreading, and none of the city’s women feel safe - which one of them will be next?

He’s got a list. It’s quite precise. It won’t matter even if you’re nice.

Ross Greenwood is back with his bestselling series, perfect for fans of Mark Billingham and Ian Rankin.

'Move over Rebus and Morse; a new entry has joined the list of great crime investigators in the form of Detective Inspector John Barton. A rich cast of characters and an explosive plot kept me turning the pages until the final dramatic twist.' author Richard Burke

‘Master of the psychological thriller genre Ross Greenwood once again proves his talent for creating engrossing and gritty novels that draw you right in and won’t let go until you’ve reached the shocking ending.’ Caroline Vincent at Bitsaboutbooks blog

'Ross Greenwood doesn’t write clichés. What he has written here is a fast-paced, action-filled puzzle with believable characters that's spiced with a lot of humour.' author Kath Middleton

Ross Greenwood: Ross Greenwood is the author of crime thrillers. Before becoming a full-time writer he was most recently a prison officer and so worked everyday with murderers, rapists and thieves for four years. He lives in Peterborough.