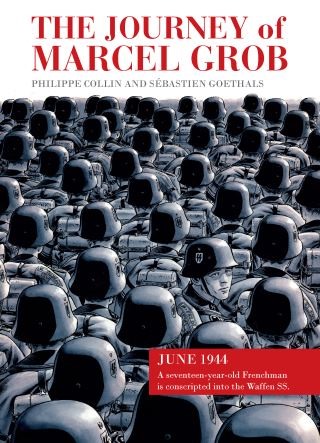 The Journey of Marcel Grob

In the dead of night, eighty-three-year-old Marcel Grob is sequestered by an investigating judge who questions him about his past. Particularly beginning on June 28, 1944, the day when “Marzell,” like ten thousand of his German-speaking peers from the French borderland province of Alsace, became a member of the Nazis’ infamous Waffen SS.   But did the teenager volunteer, or was he conscripted by the Nazis? Was he a “Malgré-nous,” one of those forced to comply, or was he a war criminal? To establish the truth of his troubled past, Marcel Grob will have to revisit painful memories as an adolescent forced to fight in Italy with the sinister Reichsführer division.    Determined to prove his innocence, Marcel begins the story of a long journey into night.