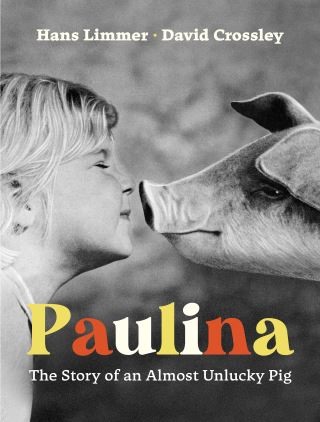 The Story of an Almost Unlucky Pig

A timeless story about the connection between a young girl and her pet pig for kids 4 to 8, featuring nostalgic, 1960s photographs that kids will love, and parents will too!

Have you ever dreamed of having a pet pig?

When Angela finds a lost pig wandering on the road, she adopts her and names her Paulina. Together, the two explore the small Greek island where they live, and become inseparable “Forever Friends.” Until one day, when someone comes looking for Paulina, but not to play with… What can Angela do? Will she and Paulina be able to stay together forever?

Calling to mind beloved tales about pigs that have won readers over for generations, Paulina is brought to life with stunning vintage photographs and celebrates the inseparable bond between children and their animal companions.

Hans Limmer was a freelance writer who lived in Lindos, Rhodos, Greece for many years. He wrote numerous children’s books, including successful classics, like My Donkey Benjamin and Paulina, first published in Germany. He passed away in 2015.

David Crossley has been a photographer, editor, scientific journalist and, most recently, a climate activist. The photos for Paulina were taken in Greece in 1969. He founded the non-profit organization Houston Tomorrow, of which he was president from 1997 until 2018.