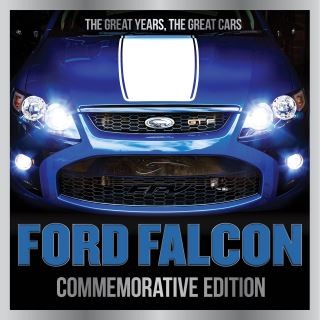 The Great Years, The Great Cars

Ford Falcon Commemorative Edition celebrates the much-loved car's six-decade rule of Aussie roads and racetracks.With the chequered flag flying on the Blue Oval favourite, this book examines the first Falcons to take flight in the early 1960s through to the final FG-X. Special emphasis is placed on the glorious decade 1969-78 and the magnificent high-performance machines from the Falcon XW GT-HO to the XA, XB and the Cobra. These are cars that still command instant respect and ooze all the excitement, emotion, colour, freedom and raw power of their time.Ford Falcon captures the stories from the men who designed, developed, built and raced these bred-for-Bathurst beasts. It features stunning photography of Falcon's triumphs, milestones and majesty.After some 56 years and 3.8 million cars, what better way to say goodbye to Aussie motoring royalty.