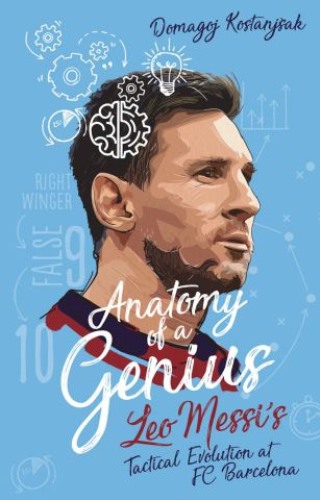 Anatomy of a Genius

Anatomy of a Genius is a tactical breakdown of Lionel Messi's playing career at FC Barcelona.

Despite spending his whole career with the club, the Argentine genius had to adapt and improve his game to become the foundation of Barca's modern success. This book explores his journey - from emerging as a talented prodigy to becoming the best player on the planet - through an enthralling narrative, in-depth tactics and key statistics. A great deal has been written already about the famous boy from Rosario, as his story has been told time and again by journalists and renowned authors. Anatomy of a Genius digs deeper to uncover things we don't already know, delving into stats and tactics to reveal the how and why behind one of the world's greatest athletes and his phenomenal career.

Domagoj ak: Domagoj Kostanj&scaron;ak is a primary school teacher turned tactical analyst who now does opposition analysis and scouting professionally. His tactical work has featured on the BBC, in Total Football Analysis, the Liverpool Echo and Telesport among other outlets. He's also a co-author of The Football Legacy Magazine. He's been an avid Barcelona fan since his early childhood years.