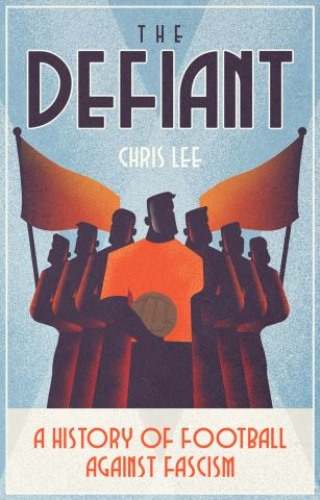 A History of Football Against Fascism

The Defiant: A History of Football Against Fascism uncovers the role that footballers and fans have played in the fight against fascism and the far right. Follow the path of football activism from the turbulent 1920s to the culture wars of the 21st century.

What role did footballers play in World War Two? How did a Portuguese Cup Final help bring down Western Europe's longest-running dictatorship? What impact did the football community have in bringing the atrocities of Latin America's cruelest dictators to global attention?

Football historian and author Chris Lee shines a spotlight on the roles of players, fans, coaches and officials in the fight against the dictatorships of Mussolini, Hitler, Franco, Salazar and authoritarian states in Latin America, bringing us an intriguing cast of rebels, partisans, spies and activists. Featuring interviews with leading authors and academics, fans and progressive football clubs, The Defiant shows that football and politics cannot be separated and asks what the future holds.

Chris Lee: The Defiant is Chris Lee's second book following Origin Stories: The Pioneers Who Took Football to the World (2021). Chris is founder and editor of the football culture blog and podcast, Outside Write, and has also contributed to Football Weekends, Halb Vier and The Gentleman Ultra. He is a digital marketing consultant and copywriter by trade.