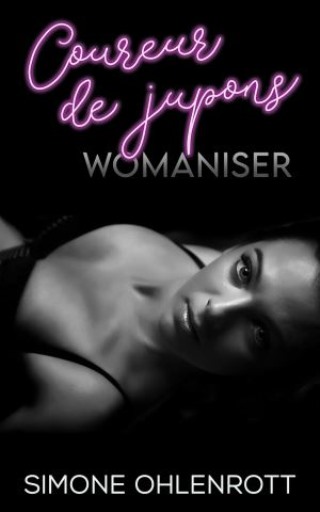 “James, you are what they call in French a coureur de jupons, a womaniser. You seek out the weakest women who are beautiful and depend on your affection and money for your own game of pleasure and excitement” Stella’s marriage to James wasn’t so perfect, James had many indiscretions and one of them was Isabella his younger lover, she too had to accept his wild ways. Stella was not going anywhere, and Stella would make damn sure he would be in the ground before she was. With many lies, indiscretions and lust this is a story of three women entrapped in a love affair that neither of them could imagine, there are many secrets untold and will unfold long after they say goodbye. Bury my grave, bury it deep, for all the secrets I shall keep.

Simone Ohlenrott: Simone lives in Melbourne, Australia, although is always dreaming of a second life somewhere quite exotic, Morocco, Ibiza, sailing around the world… All the while enjoying each stage of her young life, Simone’s been married, divorced and now married again. She was born in the early ’80s and left home as a young teenager full of hopes and dreams and learnt many lessons along the way. She’s been a mother to five children. Simone has experienced many wild times we would only read about and she’s mingled with many widely known celebrities. This has given her many opportunities to see life in many different directions, she appreciates a quieter lifestyle these days and enjoys day trips with her husband to Portsea beachside in their Porsche 911, topless of course, yes, it’s a convertible. As a young child, her grandmother would call her a gypsy, she was always restless and never in one house for more than a few years. Building, selling, renting, whatever it was she was doing, she was growing and teaching her own children to keep evolving too. Simone’s growth in early teenage years gave her the ability to never be afraid to chase her dreams and desires as she’s tried her hand at many different opportunities along the way, including modelling, TV acting, Private Investigator and a car broker. Simone wanted to write her first fiction novel, with her own flare for seduction, lust and wealth, so here is her first fiction novel, Womaniser.