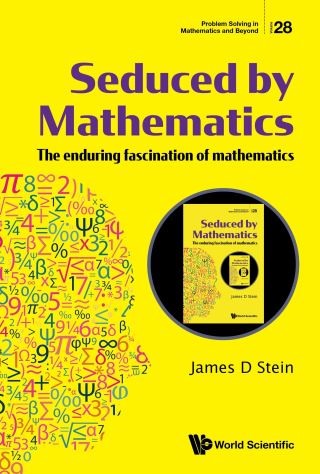 The enduring fascination of mathematics

Seduction is not just an end result, but a process — and in mathematics, both the end results and the process by which those end results are achieved are often charming and elegant.

This helps to explain why so many people — not just those for whom math plays a key role in their day-to-day lives — have found mathematics so seductive. Math is unique among all subjects in that it contains end results of amazing insight and power, and lines of reasoning that are clever, charming, and elegant. This book is a collection of those results and lines of reasoning that make us say, 'OMG, that's just amazing,' — because that's what mathematics is to those who love it. In addition, some of the stories about mathematical discoveries and the people who discovered them are every bit as fascinating as the discoveries themselves.

This book contains material capable of being appreciated by students in elementary school — as well as some material that will probably be new to even the more mathematically sophisticated. Most of the book can be easily understood by those whose only math courses are algebra and geometry, and who may have missed the magic, enchantment, and wonder that is the special province of mathematics.