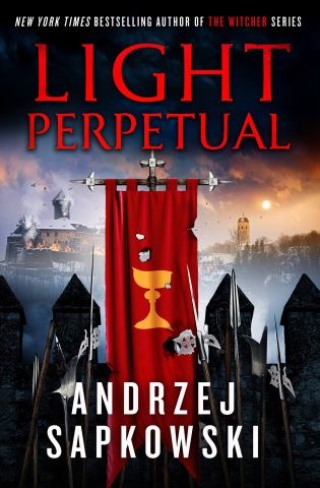 From the globally bestselling author of The Witcher comes the final book in the rich historical epic, the Hussite trilogy. Join Reynevan—scoundrel, magician, possibly a fool—as he embarks on a last great adventure across the war-riddled landscape of 15th century Bohemia.

After his adventures in The Tower of Fools and Warriors of God, Reynevan is on the run again, harried by enemies—some human, and some mystical—at every turn. These are cruel and dangerous times for a man such as Reynevan, and to survive, he must set aside his history as a peaceful healer and idealist and play the brutal role of Hussite spy as crusades sweep through Silesia and the Czech Republic, and the world around him is forever changed.

Praise for the Hussite Trilogy:

“A ripping yarn delivered with world-weary wit, bursting at the seams with sex, death, magic and madness.” —Joe Abercrombie

“A fantastic novel that any fan of The Witcher will instantly appreciate.” —The Gamer

“Sapkowski's energetic and satirical prose as well as the unconventional setting makes this a highly enjoyable historical fantasy.” —Booklist

Andrzej Sapkowski: Andrzej Sapkowski is the author of the Witcher series and the Hussite Trilogy. He was born in 1948 in Poland and studied economics and business, but the success of his fantasy cycle about Geralt of Rivia turned him into an international bestselling writer. Geralt’s story has inspired the hit Netflix show and multiple video games, has been translated into thirty-seven languages, and has sold millions of copies worldwide.