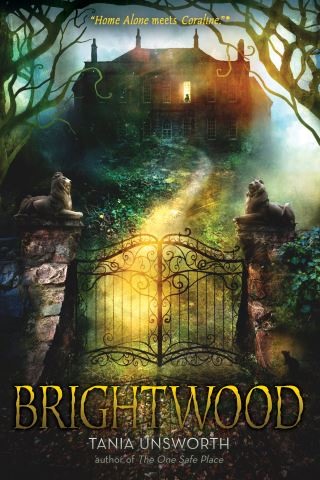 Daisy Fitzjohn knows there are two worlds: the outside world and the world of Brightwood Hall, her home—and the only place she’s ever been. Daisy and her mother have everything they need within its magnificent, crumbling walls. But, when Daisy’s mother leaves unexpectedly one morning, a strange visitor arrives on the estate, claiming to be a distant cousin, James Gritting. As the days tick by and Daisy’s mother doesn’t return, Gritting becomes more and more menacing. He wants Brightwood for himself, and he will do anything to get it—unless Daisy, with only her imaginary companions to help her, can stop him.

Tania Unsworth takes readers on a twisting, heart-pounding journey through dark corridors and wild, untamed gardens in this novel perfect for fans of Doll Bones and Coraline.

Tania Unsworth:
The daughter of the late novelist Barry Unsworth, Tania Unsworth spent her childhood in Cambridge, UK, before moving to America in her early twenties. She currently lives in Boston with her husband and two sons. She’s written one previous novel for young readers, The One Safe Place, which has been named to numerous state book award lists. Her website is www.taniaunsworth.com.