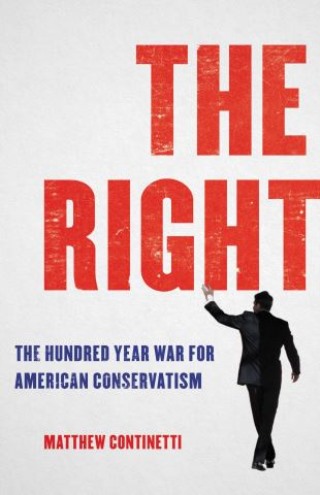 The Hundred-Year War for American Conservatism

A magisterial intellectual history of the last century of American conservatism

When most people think of the history of modern conservatism, they think of Ronald Reagan. Yet this narrow view leaves many to question: How did Donald Trump win the presidency? And what is the future of the Republican Party?

In The Right, Matthew Continetti gives a sweeping account of movement conservatism’s evolution, from the Progressive Era through the present. He tells the story of how conservatism began as networks of intellectuals, developing and institutionalizing a vision that grew over time, until they began to buckle under new pressures, resembling national populist movements. Drawing out the tensions between the desire for mainstream acceptance and the pull of extremism, Continetti argues that the more one studies conservatism’s past, the more one becomes convinced of its future.

Deeply researched and brilliantly told, The Right is essential reading for anyone looking to understand American conservatism.

Matthew Continetti: Matthew Continetti is a senior fellow and the Patrick and Charlene Neal Chair in American Prosperity at the American Enterprise Institute. He is also the founding editor of the Washington Free Beacon and a columnist for Commentary magazine. The author of The Persecution of Sarah Palin and The K Street Gang, he lives in Virginia.