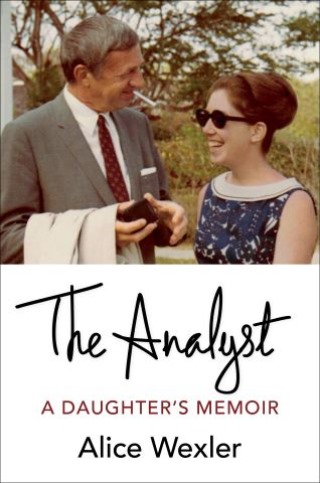 Milton Wexler was among the most unconventional, compelling, and sometimes controversial figures of the golden age of psychoanalysis in America. From Teachers College at Columbia University to the Menninger Foundation in Topeka to the galleries and gilded hills of Hollywood, he traversed the country and the century, pursuing interests ranging from the treatment of schizophrenia to group therapy with artists to advocacy for research on Huntington’s disease. At a time when psychologists and psychoanalysts tended to promote adjustment to society, Wexler increasingly championed creativity and struggle.

The Analyst is an intimate and searching portrait of Milton Wexler, written by his daughter, an acclaimed historian. Alice Wexler illuminates her father’s intense private life and explores how his life and work reveal the broader reaches of Freudian ideas in the United States. She draws on decades of Milton Wexler’s unpublished family and professional correspondence and manuscripts as well as her own interviews, diaries, and memories. Through the lens of Milton Wexler’s friendships, the book offers glimpses into the lives of cultural icons such as Lillian Hellman, Eppie Lederer (Ann Landers), and Frank Gehry. The Analyst is at once a striking account of the arc of an iconoclast’s life, a daughter’s moving meditation on her complex father, and a new window onto on the wider landscape of psychoanalysis and science in the twentieth century.

Alice Wexler: Alice Wexler is the author of a two-volume biography of Emma Goldman as well as Mapping Fate: A Memoir of Family, Risk, and Genetic Research (1995) and The Woman Who Walked Into the Sea: Huntington’s and the Making of a Genetic Disease (2008). She is a former Guggenheim fellow and is active on the board of the Hereditary Disease Foundation.