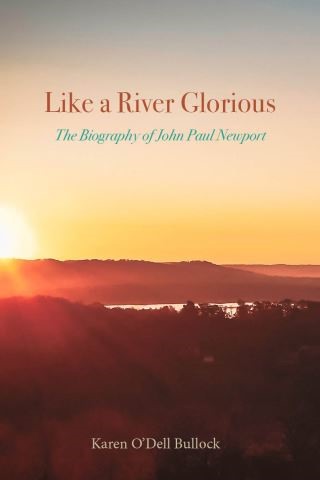 The Biography of John Paul Newport

John Paul Newport was perhaps the most influential American Baptist philosopher and apologist of the twentieth century. He became legendary as a Baptist statesman, scholar, peacemaker, and transformational professor, who supervised more than fifty PhD students in philosophy, apologetics, theology, biblical studies, and world religions. Written from the unpublished autobiographical papers of John Newport, this official biography, Like a River Glorious, examines the life and legacy of one of America’s premier Baptist scholars.

Newport studied with the best minds of his day and taught for more than fifty years in Baptist colleges and seminaries, as well as at Rice University. He was also a churchman in pulpits across the South, serving as interim pastor in more than 150 churches in four states. His best-known book, Life’s Ultimate Questions, synthesized the most-asked questions about what it means to live as a human being, and anchored his responses in a reasoned, philosophical, and biblical worldview. Newport spent most of his career at Southwestern Baptist Theological Seminary where he chaired the philosophy department and served as vice president of academic affairs and provost. He was also the special consultant to then-president Russell Dilday and helped to lead the institution through some of its most difficult days.

Newport was an open, approachable, and eminently constructive Christian in his day, inviting his audiences to engage with the world of ideas, other Christians, and people of non-Christian faiths. The story of his unparalleled and remarkable journey unfolds in these pages, a testament to his legacy and an invitation for future Christian leaders to follow in his wake.

Karen O’Dell Bullock is Distinguished Professor of Christian Heritage and Director of the PhD Program at B.H. Carroll Theological Institute.