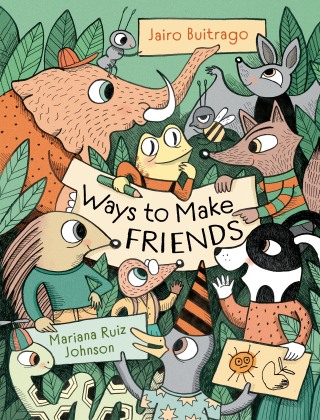 Jairo Buitrago lives in Mexico City and is the author of Jimmy the Greatest, Two White Rabbits, Walk with Me,Cave Paintings, among others—all of which have earned many starred reviews. His most recent books are Wounded Falcons and Drawing Outdoors.

Mariana Ruiz Johnson, who lives in Argentina, has been widely published around the world. She has won two international prizes: the Compostela Prize for the Illustrated Album for her book Mamá that was published in ten languages, and the Silent Book Contest for While You Were Sleeping.