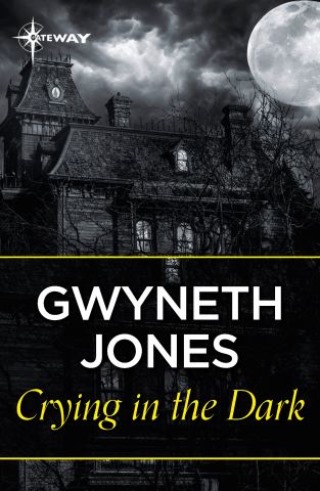 Crying In The Dark

Elinor has spent her life being bullied and abused by her uncle, aunt and cousins. Her mother missing, her father dead, she has been left her adoptive family's not-so tender mercies. The prospect of a holiday to Dartmoor seems like just a chance to experience the same awful life in a new location.

It's worse than Elinor could have predicted.

Forced to sleep in the smallest, darkest room with its musty, curtained four-poster bed, Elinor finds herself retreating into the life of another Elinor - Nell the nurserymaid, whose tragic story from three hundred years ago is at first intriguing, then horrifying.

When she becomes trapped in what was once her escape, Elinor faces forever stuck in a nightmare, unless she is willing to commit to the horrifying price of freedom.

You can find out more about the fiction Gwyneth Jones wrote as Ann Halam here: http://www.gwynethjones.uk/HALAM.htm

Gwyneth Jones: Gwyneth Jones lives in Brighton with her husband and son. She won the Arthur C. Clarke Award for BOLD AS LOVE; CASTLES MADE OF SAND was shortlisted for the British Science Fiction Award. She is the previous winner of the James Tiptree Memorial Award and two World Fantasy Awards; four of her previous books have been shortlisted for the Arthur C. Clarke Award.She has also won the Pilgrim Award, for lifetime achievement in SF scholarship; the BSFA Short Fiction Award, for 'La Cenerentola'; and, as Ann Halam, the Children of the Night Award from the Dracula Society, for The Fear Man.|||

Ann Halam is the penname of Gwyneth Jones, who also writes science fiction and fantasy for adults. She was born and raised in Manchester, and after graduating from Sussex University spent some years travelling throughout South East Asia. She now lives in Brighton with her husband and son, but spends as much time as she can heading off on adventurous travels.

You can find out more about the fiction Gwyneth Jones wrote as Ann Halam here: http://www.gwynethjones.uk/HALAM.htm