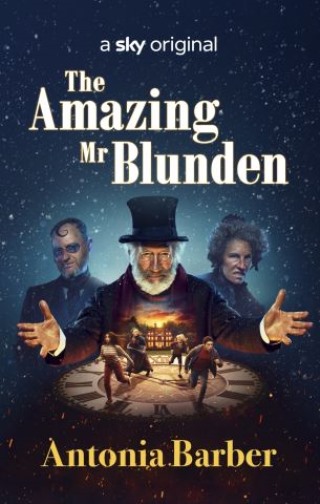 AN ENTHRALLING GHOST STORY WITH A TIME-TRAVELLING TWIST

'When you come to the house, you will hear strange tales. They will tell you in the village that it is haunted, but you must not be afraid. When the time comes ... you will know what to do.'

Mr Blunden's words echoed through Lucy's ears as she explored the house. It was such an old house that it seemed to Lucy as if all the past was gathered up inside it as if in a great box; as though it had a life of its own that continued to exist just beyond the reach of her eyes and ears. Did Mr Blunden, who went out of his way to offer their mother the job as caretaker, mean to help or hurt them? Could she and her brother Jamie really help those troubled ghosts from another age?

'Charming, magical and life-affirming, Antonia Barber's clever and moving tale has become a much-loved favourite. The Wheel of Time spins - and off we go into an unforgettable adventure!' MARK GATISS

Antonia Barber (1932-2019) gained early recognition for The Ghosts, first published in 1969. It was shortlisted for the Carnegie Medal, an award she was later shortlisted for again in 1983 with The Ring in the Rough Stuff. The Ghosts has been adapted for film twice, in 1972 and 2021, released both times as The Amazing Mr Blunden.

Antonia's first picture book, The Mousehole Cat, was published to great acclaim in 1990, with beautiful illustrations by Nicola Bayley. It was awarded Illustrated Children's Book of the Year at the British Book Awards and won the Children's Choice in the Nestle Smarties Book Prize.