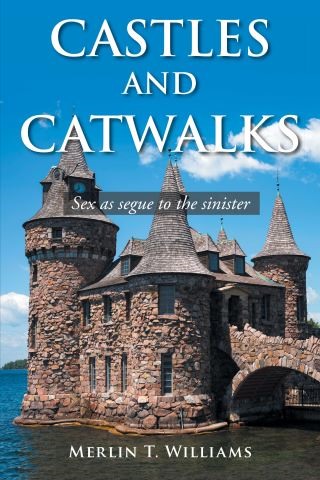 Sex as Segue to the Sinister

‘Castles and Catwalks’ is a tale of promises made, and of a debt unpaid. It is an account of the passing of the all too human parade of intrigue, ulterior motive, and territorial imperative which rule the road most often when much is perceived to be at stake. Michael Campbell is tasked with the responsibility of ensuring that the disposition of the sizeable estate of a recently deceased friend is discharged in accordance with his final wishes. But this major request made of Michael is one that is accompanied by great portent for both cultural dislocation and national security compromise. His efforts are thwarted not only by those who practice law in South East Asia but by those, as well, who actually frame it. His enemies are ruthless, vengeful, and in possession of long memories. Retribution is seen as their private purview and as their best line of defense. Michael feels honor bound to do the right thing. But the ‘right thing’ is relative to the jaundiced eye of the beholder. Michael does not possess a monopoly on the truth but his concept of enlightened selflessness is unshakeable. His stance makes him a pariah in an environment which champions sloth, avarice and greed. Deadly sins that make virtue a vice and verisimilitude a virtue. Michael sees himself as a catalyst for change but he is not immune to the consequences of his own actions. His quest is transformative and he, like the elements he wishes to realign, risks falling victim to the same, engineering end game he has designed for others.

Merlin T. Williams: Merlin T. Williams is the author of a trilogy which chronicles the life of one Michael Campbell as he steps lightly through the mine field of business pursuits in South East Asia during the twilight years of the twentieth century. ‘Capistrano’, ‘Casa Cantata’, followed by ‘Castles and Catwalks’ chronicle the sometimes rocky career path of a multinational company man who decides to go it alone in the human shark infested waters which connect Manila, Jakarta, Singapore and Bali. Merlin worked in that region of the world as a business development consultant, for the better part of a decade. He has authored three business related texts, one of which has been translated into the Indonesian language. Intrigued by the pageant of people and place and predicament, he has slipped the surly bonds of ‘expat’ status and has found favor in residency where destiny has deigned to deliver succor.