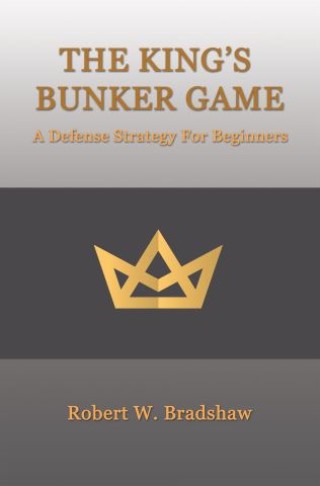 A Defense Strategy for Beginners

Written by a beginner for a beginner, The King’s Bunker Game delivers an innovative strategy that will inspire a lifelong love for the greatest game in the world. While sharing insight into the most significant eighty games of the five hundred games he has played, Robert Bradshaw presents a three-dimensional defensive structure that can be utilized on a two-dimensional battlefield to increase the value of the defense’s fortification by an approximate factor of three, ultimately doubling the probability of victory. Included are helpful references including books, websites, and clubs. The King’s Bunker Game shares a game-changing strategy for beginners to enjoy chess for a lifetime happiness.