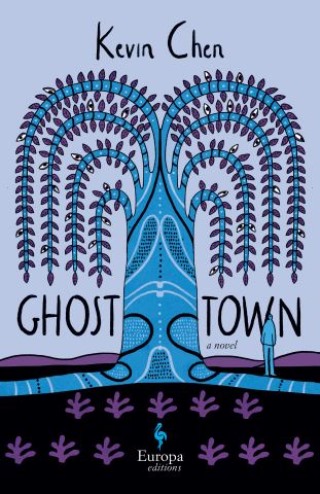 A NEW YORK TIMES MOST ANTICIPATED BOOK OF FALL 2022

FROM THE BEST-SELLING AUTHOR & WINNER OF THE TAIWAN LITERATURE AWARD

Keith Chen, the second son of a traditional Taiwanese family of seven, runs away from the oppression of his village to Berlin in the hope of finding acceptance as a young gay man.

The novel begins a decade later, when Chen has just been released from prison for killing his boyfriend. He is about to return to his family’s village, a poor and desolate place. With his parents gone, his sisters married, mad, or dead, there is nothing left for him there. As the story unfurls, we learn what tore this family apart and, more importantly, the truth behind the murder of Chen’s boyfriend.

Told in a myriad of voices, both living and dead, and moving through time with deceptive ease, Ghost Town weaves a mesmerizing web of family secrets and countryside superstitions, the search for identity and clash of cultures.

Kevin Chen began his artistic career as a cinema actor, starring in the Taiwanese and German films Ghosted, Kung Bao Huhn, and Global Player. Now based in Germany, he is a staff writer for Performing Arts Reviews magazine. He’s published several novels, essays and short story collections, including Attitude, Flowers from Fingernails, Three Ways to Get Rid of Allergies and other titles.