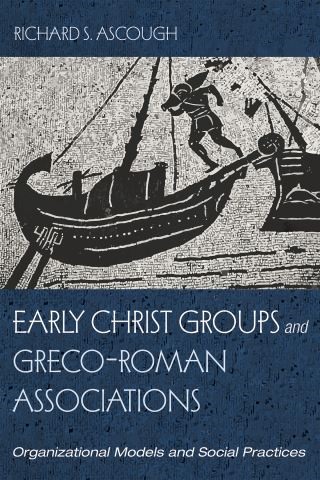 Over the past two and a half decades there has been an increasing interest in how the data from the associations--known primarily from inscriptions and papyri--can help scholars better understand the development of Christ groups in the first and second centuries. Richard Ascough's work has been at the forefront of promoting the associations and applying insights from inscriptions and papyri to understanding early Christian texts. This book collects together his most important contributions to the scholarly trajectory as it developed over a two-decade period. A fresh introduction orients the sixteen previously published articles and essays, which are arranged into three sections; the first dealing with associations as a model for Christ groups, the second focused on how associations and Christ groups interacted over recruitment, and the third on two key elements of group life: meals and memorializing the dead.

Richard S. Ascough: Richard S. Ascough is a Professor in the School of Religion at Queen’s University in Kingston, Canada. He has published widely in the field of New Testament with more than fifty articles and essays and ten books, including Paul’s Macedonian Associations (2003), 1 and 2 Thessalonians (2014), Lydia (2009), and Associations in the Greco-Roman World (with John Kloppenborg and Philip Harland, 2012).