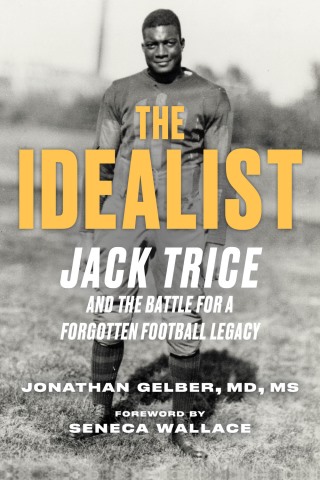 Jack Trice and the Battle for A Forgotten Football Legacy

An essential story of understated courage, the lasting power of a name, and the battle to honor a pioneering legacy On the eve of his second varsity football game for the Iowa State Cyclones, Jack Trice wrote in a letter, "The honor of my race, family and self are at stake. Everyone is expecting me to do big things. I will!" The introspective 21-year-old was ever aware of his status in 1923 as the college's first Black football player. Trice would die tragically days later after sustaining injuries on the field during that game. Today, Iowa State football games are played at Jack Trice Stadium.The Idealist is a complete portrait of Trice, the son of a former Buffalo Soldier who became a high school football standout in Ohio and embarked on his college career hoping to emulate fellow Iowa State alum George Washington Carver. It is also the story of those who fought for his legacy across generations. What defines a hero? Who has been overlooked because the color of their skin? In the 1970s, the students of Iowa State asked the same questions. The discovery of the story behind a small, dusty plaque honoring Trice spawned a decades long campus movement to honor a forgotten football hero who helped break racial boundaries and may have died because of them.As more light is shed on racial inequality in the United States, the story of how Jack Trice's memory led to a namesake stadium— the first and only major football stadium named for an African-American individual— should serve an inspiration for all.

Seneca Wallace: Dr. Jonathan Gelber is a nationally recognized orthopedic surgeon and the author of Tiger Woods's Back and Tommy Johns's Elbow: Injuries and Tragedies that Transformed Careers, Sports, and Society and The Ultimate Guide to Preventing and Treating MMA Injuries.Seneca Wallace played quarterback at Iowa State before going on to a career in the