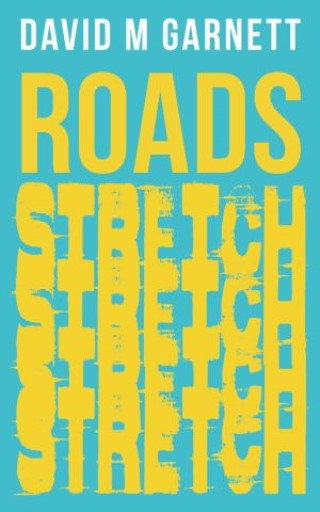 In this first collection of his poetry, David M Garnett observes the forms of nature in their environments. Many of the poems become hymns to creatures from recently receding landscapes. He depicts relationships not only among people but also with animate and inanimate objects. This also makes the collection confessional in the characteristic British mode.
Roads Stretch is very much a poetry of journey – physical, emotional and mystical.

David M Garnett: Born and raised in Yorkshire, David M Garnett was educated at Bradford Grammar School and later, in London where he studied English with Religious Studies and the West London institute for a BA (Hons), then Medieval Studies (literature) at Queen Mary College in the University of London (MA). He has worked as a musician – mostly self-taught but with some tuition – and as a clerk including in an environmental project. He was married, but his wife passed away during the Covid-19 lockdown.
His work has been widely featured in the poetry magazines Brittle Star, Coffee House, Weyfarers, Dandelion, Connections and Hard Lines.