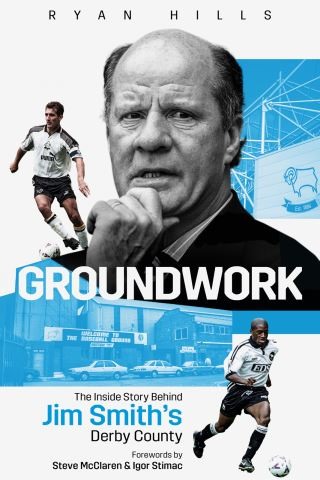 The Inside Story of Jim Smith's Derby County

When Jim Smith took charge of Derby County in the summer of 1995, he joined a club needing to balance the books after several seasons of failing to reach the Premier League. Little was expected of him. Yet alongside Steve McClaren, Smith oversaw a transformation that took Derby to a new home, a new division and to the brink of European competition for the first time since the days of Dave Mackay. Smith built a side capable of matching the very best in English football, amassing an array of international talent almost never before seen in the British game, alongside hugely impressive home-grown players. This is the story of Jim Smith's Derby County, told with the exclusive insights of Smith's players, coaching staff, friends and supporters. Rams legends including Igor Stimac, Stefano Eranio and Steve McClaren speak in depth on what made that Derby County side, while those closest to Jim reveal what the legendary man-manager was like to deal with, both in and out of football.

Ryan Hills: Ryan Hills grew up hearing tales of the glory days of Derby County. Twenty-seven years later, he's still waiting to experience them. Ryan is a sports journalist working in the world of communications. This is his second book after his 2020 release, Pride: The Inside Story of Derby County. Ryan worked with the International Paralympic Committee in the run-up to and during the Tokyo 2020 Paralympic Games.