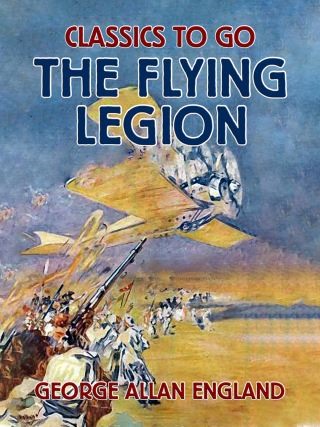 The hero/super-villain of the story is an ex-army guy, who's somehow a millionaire and inventor extraordinaire. He also only likes to be referred to as 'The Master' (one of his many super-villain traits). Bored he decides to recruit some other ex-military types for an unknown venture. These are joined unexpectedly by the mysterious Captain Alden who wears a face mask to cover his disfigured continence. Part one of the plan involves high treason against the United States, part two of the plan involves a military assault on Mecca. (Goodreads)

George Allan England: George Allan England (9 February 1877 - 26 June 1936) was an American writer and explorer, best known for his speculative and science fiction. He attended Harvard University and later in life unsuccessfully ran for Governor of Maine. England was a socialist and many of his works have socialist themes.