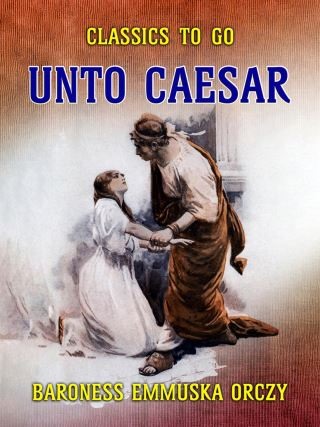 Taurus Antinor must choose between his love for Christ and his love for Dea Flavia. Following Christ means rendering unto Caesar those things that are his, even if the Caesar is a raving madman. But he makes the right choice and is rewarded in the end. (Goodreads)

Baroness Emmuska Orczy: Baroness Emma Orczy (; 23 September 1865 – 12 November 1947), usually known as Baroness Orczy (the name under which she was published) or to her family and friends as Emmuska Orczy, was a Hungarian-born British novelist and playwright. She is best known for her series of novels featuring the Scarlet Pimpernel, the alter ego of Sir Percy Blakeney, a wealthy English fop who turns into a quick-thinking escape artist in order to save French aristocrats from "Madame Guillotine" during the French Revolution, establishing the "hero with a secret identity" in popular culture.