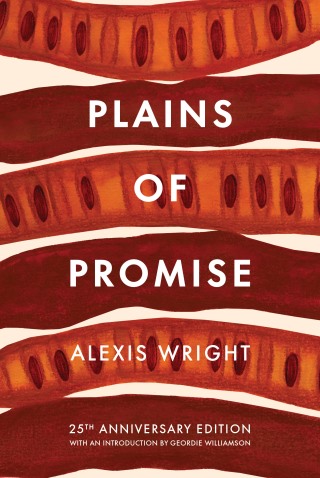 In this brilliant debut novel, Alexis Wright evokes city and outback, deepening our understanding of human ambition and failure, and making the timeless heart and soul of this country pulsate on the page. Black and white cultures collide in a thousand ways as Aboriginal spirituality clashes with the complex brutality of colonisation at St Dominic's mission. With her political awareness raised by work with the city-based Aboriginal Coalition, Mary visits the old mission in the northern Gulf country, place of her mother's and grand-mother's suffering. Mary's return re-ignites community anxieties, and the Council of Elders again turn to their spirit world.

Alexis Wright:
Alexis Wright was born in 1950 in Cloncurry, Queensland, and currently lives in Alice Springs. Her tribal affiliations are with the Waanji people of the highlands of the southern Gulf of Carpentaria. She has held a range of management, education research and writing positions revolving around Indigenous land and culture issues, and cross-cultural concerns in relation to conflict resolution and regional planning.

Her first novel is Plains of Promise (UQP 1997), an excerpt of which is included in Fresh Cuttings, UQP's first Black Australian Writing anthology, to be released in October 2003. Alexis' other books are Grog War, which documents the achievements of the Waramangu people in their campaign to restrict alcohol in Tennant Creek; and Take Power, an anthology of essays and stories celebrating twenty years of Land Rights in Central Australia. She has completed a second novel, a sweeping epic appropriately entitled Carpentaria.