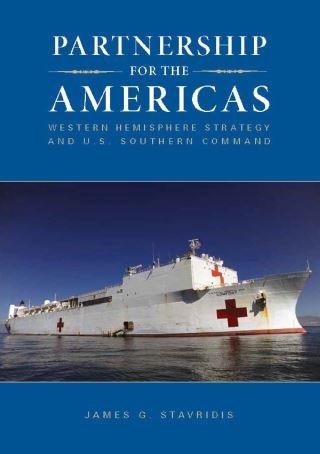 Partnership for the Americas

Since its creation in 1963, United States Southern Command has been led by 30 senior officers representing all four of the armed forces. None has undertaken his leadership responsibilities with the cultural sensitivity and creativity demonstrated by Admiral Jim Stavridis during his tenure in command. Breaking with tradition, Admiral Stavridis discarded the customary military model as he organized the Southern Command Headquarters. In its place he created an organization designed not to subdue adversaries, but instead to build durable and enduring partnerships with friends. His observation that it is the business of Southern Command to launch "ideas not missiles" into the command's area of responsibility gained strategic resonance throughout the Caribbean and Central and South America, and at the highest levels in Washington, D.C..-Print Edition.