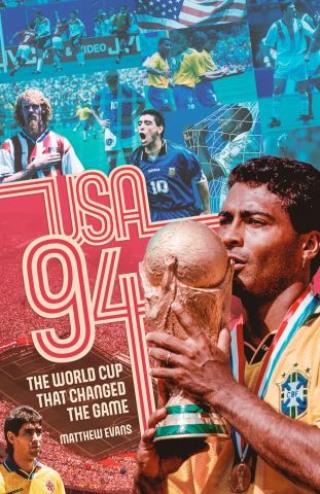 World Cup that Changed the Game, The

A group of volunteers begged, borrowed and remortgaged a house on their way to convincing FIFA to hand them the keys to the 1994 World Cup. When they got the green light, the USA was tasked with presenting the greatest show on earth to a nation of non-believers, with a press corps just waiting for them to fail. Six years later, the country famed for its glitz, glamour and razzmatazz delivered a glorious summer of memorable kits and billowing goal nets, confounding the doubters as they shattered attendance records and drew fans in their millions. The full-throttle journey to the global phenomenon that football is today had begun. It was a tale of two missed penalties, a car chase, internal politics, triumph and tragedy in equal measure. Heroes were born, dreams were shattered and for many life would never be the same. If Italia 90 unlocked the door to the modern game, then USA 94 kicked it open and nailed it to the wall. The revolution was here, and it was televised.

Matthew Evans: Matthew Evans is a freelance football writer who specialises in the history of the game. He has written extensively on all eras of the beautiful game for various online outlets as well as appearing on podcasts and in print for These Football Times and Nutmeg magazine. He is a huge fan of football nostalgia, and the 1994 World Cup remains a massive part of his education, having absorbed the tournament as a teenager.