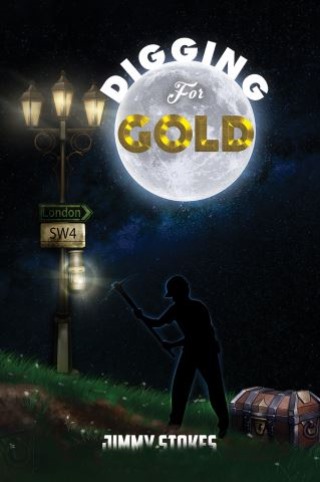 Billy Davies is a Welsh Falklands War veteran suffering from PTSD. His mental illness forces him into vagrancy. As he sits on a London street, he witnesses a tragic incident. A hastily erected memorial presents Billy with the opportunity to meet two sixth formers who help alter the direction of his life. Their lives become closely entwined and Billy discovers his creative ability to help others. He tackles major sociological problems on London’s streets and instigates a hair-raising rescue in the Middle East. This capacity to solve problems results in Billy becoming an acclaimed national figure. His ability to display the Midas touch brings him into conflict with a far-right group who are desperate to end his life. In a dramatic twist Billy makes a personal sacrifice to save a neo-Nazi’s life.
Following his counsel Billy’s two young friends establish themselves as eminent figures in society. Digging for Gold is a heart-warming story of human triumph over adversity providing a glimpse into the potential for creating a harmonious society.

Jimmy Stokes: Jimmy Stokes has spent his working life teaching and dealing with young people’s problems. Having worked with secondary school pupils in areas of social deprivation, Jimmy strived to ensure that each one aspired to fulfil their potential. Recently, he has been involved with homeless people where he became aware that this situation was responsible for a loss of human capability.
Jimmy enjoys spending time with his family and travelling.