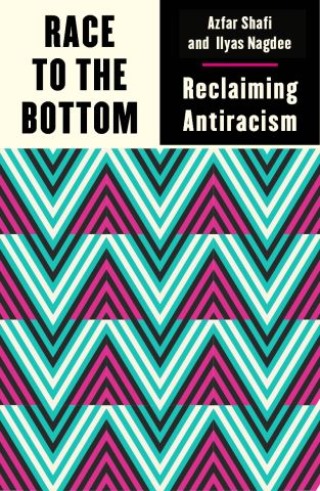 Race to the Bottom

Antiracist movements are more mainstream than ever before. Liberal democracies boast of their policies designed to stamp out racism in all walks of life. Why then is racism still ever-present in our society?

This is not an accident, but by design. Capitalism is structured by racism and has relentlessly attacked powerful movements. Race to the Bottom traces our current crisis back decades, to the fragmentation of Britain’s Black Power movements and their absorption into NGOs and the Labour Party.

The authors call for recovering radical histories of antiracist struggle, championing modern activism and infusing them with the urgency of our times: replacing anxieties over 'unconscious bias' and rival claims for 'representation' with the struggle for a new, socialist, multi-racial organising from below.

Azfar Shafi is a researcher and organiser with a focus on policing, counter-terrorism and imperialism. He has been published by the Transnational Institute and Novara Media, and organised in movements against racism, state violence and for the Palestinian liberation struggle.

Ilyas Nagdee is an activist and writer focusing on anti-racism, civil liberties and policing. He has written for the Independent, Guardian and HuffPost, and has appeared on BBC, ITV and Sky News.