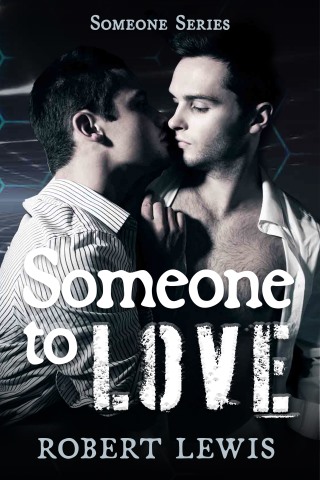 Dennis Childres enjoys his freedom. He has his own house, works his own hours, and stars in taboo gay sex scenes for the company he and his best friend own. From the outside, Dennis has it all. But deep down, he isn’t happy. Even tailored to his personal taste, the porn star's life is missing something ... or maybe someone. He wants a person to love and he's willing to search anywhere to find them.
What Dennis doesn't know is that lurking in a strange corner of the internet, there is someone who loves him. Someone who would do anything for him. Even kill.
Certain the adult film actor is the only one who can purge the evil from his soul, this stalker is poised to take his strange obsession from behind the computer and straight into Dennis' perfect world. Will the hopeless romantic discover the truth about his super fan in time or will his lustful quest to find the ideal man become a fight for his life?
Reader Advisory: Someone to Love is a thrilling, action-packed adventure which contains graphic depictions of sex, abuse, drug use, and simulated incest.

Robert Lewis: Robby Lewis is a Gay erotica writer based out of Charleston, South Carolina. When he’s not busy with his plants, being a doggy daddy, or watching the latest Sci-Fi, he can be found creating Gay erotica for his readers that challenge the conventual sexual roles. He’s been influenced by such writers as T.J. Klune, Rhys Ford, Jordan Castillo Price and L.A. Witt. You can keep up with Robby Lewis’s latest releases and antics on his social media at Dreams – Robert J. Lewis (robert-j-lewis.com)