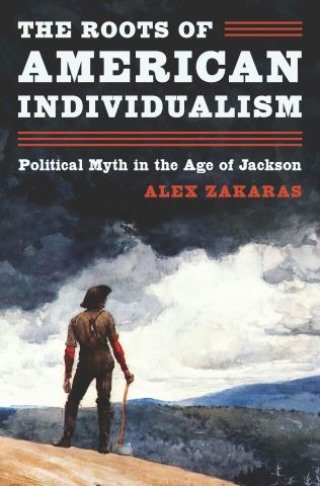 The Roots of American Individualism

Political Myth in the Age of Jackson

Individualism is a defining feature of American public life. Its influence is pervasive today, with liberals and conservatives alike promising to expand personal freedom and defend individual rights against unwanted intrusion, be it from big government, big corporations, or intolerant majorities. The Roots of American Individualism traces the origins of individualist ideas to the turbulent political controversies of the Jacksonian era (1820–1850) and explores their enduring influence on American politics and culture.

Alex Zakaras plunges readers into the spirited and rancorous political debates of Andrew Jackson’s America, drawing on the stump speeches, newspaper editorials, magazine articles, and sermons that captivated mass audiences and shaped partisan identities. He shows how these debates popularized three powerful myths that celebrated the young nation as an exceptional land of liberty: the myth of the independent proprietor, the myth of the rights-bearer, and the myth of the self-made man.

The Roots of American Individualism reveals how generations of politicians, pundits, and provocateurs have invoked these myths for competing political purposes. Time and again, the myths were used to determine who would enjoy equal rights and freedoms and who would not. They also conjured up heavily idealized, apolitical visions of social harmony and boundless opportunity, typically centered on the free market, that have distorted American political thought to this day.

Alex Zakaras: Alex Zakaras is associate professor of political science at the University of Vermont and the author of Individuality and Mass Democracy: Mill, Emerson, and the Burdens of Citizenship. He lives in Burlington, Vermont.