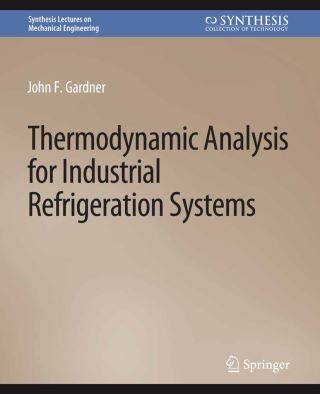 The vapor compression cycle (VCC) underpins the vast majority of refrigeration systems throughout the world. Most undergraduate thermodynamics courses cover the VCC, albeit in a cursory fashion. This book is designed to offer an in-depth look at the analysis, design and operation of large-scale industrial ammonia-based refrigeration systems. An important feature of this work is a treatment of computer-aided analysis using CoolProp, an open source resource for evaluating thermodynamic properties. CoolProp can be incorporated into a large number of common computational platforms including Microsfot Excel, Python, and Matlab, all of which are covered in this book.