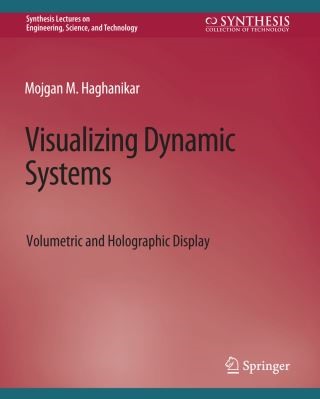 Reviewing across the science education literature reveals various aspects of unresolved challenges or inabilities in the visualization of scientific concepts. Visuospatial thinking is the fundamental part of learning sciences; however, promoting spatial thinking has not been emphasized enough in the educational system (Hegarty, 2014). Cognitive scientists distinguish between the multiple aspects of spatial ability and stresse that various problems or disciplines require different types of spatial skills. For example, the spatial ability to visualize anatomy cross-sections is significantly associated with mental rotation skills. The same is true for physical problems that often deal with spatial representations. However, most of the physics problems are marked by dynamicity, and visualizing dynamicity is inferred by the integrations of different participating components in the system. Therefore, what is needed for learning dynamicity is visualizing the mental animation of static episodes.

This book is a leap into designing framework for using mixed reality (XR) technologies and cyberlearning in communicating advanced scientific concepts. The intention is to flesh out the cognitive infrastructure and visuospatial demands of complex systems and compare them in various contexts and disciplines. The practical implementation of emerging technology can be achieved by foreseeing each XR technology’s affordances and mapping those out to the cognitive infrastructure and visuospatial demands of the content under development.

Mojgan M Haghanikar: Mojgan Haghanikar, Ph.D., Physics and Astronomy Education, is a physics educator and Ed-Tech influencer for science and engineering education. Holding a degree in solid-state physics, she started her early career in a laser lab, creating traditional holograms for industrial applications, directing outreach programs, and developing science museums. In 2002, she received a CHEVENING scholarship from the British Foreign and Commonwealth office that allowed her to complete a Master of Science in astronomy education at the University of Glasgow. Soon after, she was admitted to the Kansas State University Department of Physics, where she concluded her academic ventures with a Doctor of Philosophy in physics education. Haghanikar’s doctoral dissertation involved data analytics that modeled undergraduate students’ scientific reasoning patterns through cognitive lenses. The methodology of her research was qualitative and quantitative multi-stages cluster analysis. The outcome was statistical logistic regression models that described students’ higher levels of thinking processes regarding the various modes of instruction. The cluster analysis modeling revealed that the lack of visibility of dynamic systems’ interrelationships in various scales and time spans strongly affected students’ knowledge structure quality. Therefore, she was motivated to design various demonstrations and lab activities to enhance dynamic systems’ visibility. She started with inventing experimental projects and demonstrations that helped students’ visualization. Although the demonstrations were practical, the resources were limited, and it was not possible to replicate designs in various locations. With the advent of emerging technologies, Haghanikar replicated the designs using mixed reality platforms to enhance scientific demos and labs’ availability and scalability. Since 2011, Haghanikar has served in several roles, such as visiting assistant professor and lecturer at California Polytechnic State University and Towson University, to name a few. She was an educational designer and research scientist for nanotech engineering and industrial education at SUNY Polytechnic. She also served as an educational designer for physics and astronomy online courses and further created simulation design and game design for emerging technology platforms. Haghanikar mentored subject matter experts to incorporate appealing features to their courses such as simulations, self-diagnostic assessment with adaptive pace, animations, interactive games, and engaging tutorials. As a science education research affiliate, she collaborates with SETI Institute serving as PI on several grants to use robotic telescopes and emerging technologies to promote cyber-learning in teaching physics, astronomy, and quantum computing.