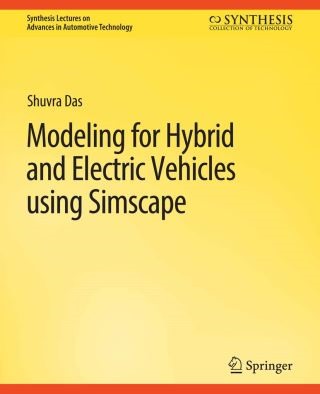 Automobiles have played an important role in the shaping of the human civilization for over a century and continue to play a crucial role today. The design, construction, and performance of automobiles have evolved over the years. For many years, there has been a strong shift toward electrification of automobiles. It started with the by-wire systems where more efficient electro-mechanical subsystems started replacing purely mechanical devices, e.g., anti-lock brakes, drive-by-wire, and cruise control. Over the last decade, driven by a strong push for fuel efficiency, pollution reduction, and environmental stewardship, electric and hybrid electric vehicles have become quite popular. In fact, almost all the automobile manufacturers have adopted strategies and launched vehicle models that are electric and/or hybrid. With this shift in technology, employers have growing needs for new talent in areas such as energy storage and battery technology, power electronics, electric motor drives, embedded control systems, and integration of multi-disciplinary systems. To support these needs, universities are adjusting their programs to train students in these new areas of expertise. For electric and hybrid technology to deliver superior performance and efficiency, all sub-systems have to work seamlessly and in unison every time and all the time. To ensure this level of precision and reliability, modeling and simulation play crucial roles during the design and development cycle of electric and hybrid vehicles. Simscape, a Matlab/Simulink toolbox for modeling physical systems, is an ideally suited platform for developing and deploying models for systems and sub-systems that are critical for hybrid and electric vehicles. This text will focus on guiding the reader in the development of models for all critical areas of hybrid and electric vehicles. There are numerous texts on electric and hybrid vehicles in the market right now. A majority of these texts focus on the relevant technology and the physics and engineering of their operation. In contrast, this text focuses on the application of some of the theories in developing models of physical systems that are at the core of hybrid and electric vehicles. Simscape is the tool of choice for the development of these models. Relevant background and appropriate theory are referenced and summarized in the context of model development with significantly more emphasis on the model development procedure and obtaining usable and accurate results.

Shuvra Das: Shuvra Das is a Professor of Mechanical Engineering at University of Detroit Mercy and Director of International Programs in the college of Engineering and Science. He has an undergraduate degree in Mechanical Engineering from Indian Institute of Technology, and a Masters and Ph.D. in Engineering Mechanics from Iowa State University. He was a post-doctoral researcher at University of Notre Dame and also worked in industry prior to being in academia for 25 years. He has taught a variety of courses ranging from freshmen to advanced graduate level within Mechanical Engineering, as well as in the Advanced Electric Vehicle program. His research interests include mechatronics system modeling and simulation, multi-physics process and product simulation using CAE tools such as Finite and Boundary Elements, structural analysis and design, design processes and design thinking, and engineering education. He received many awards for teaching and research at Detroit Mercy as well as from organizations outside the university. He served as Associate Dean for Research and Outreach at Detroit Mercy for six years. During this time, he launched the undergraduate Robotics and Mechatronics Systems Engineering Program, the Advanced Electric Vehicle certificate program, and several additional engineering degree programs in collaboration with Chinese Universities.