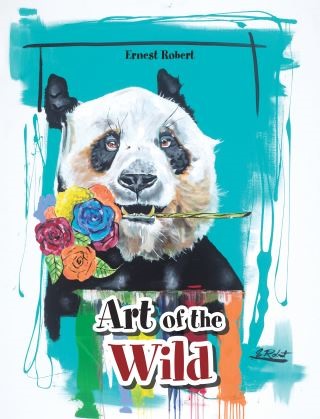 Art of the Wild

For a long time I’ve been creating animals on canvas as I see them in my head and for the first time ever I’ve depicted and curated a few of my favorite animals along with some interesting facts about them.

Ernest Robert: Ernest Robert (1983, Algiers, LA, United States) Professional artist, barber, father, and husband. Ernest Roberts makes paintings come to life and mixed media artworks. Art has been a part of Robert’s life since he was five years old, he explained. “Everything I saw around me I wanted to draw; everything was art… That’s when I knew art was for me,” he said. Growing up in Algiers, he attended Oliver Perry Walker High School in Algiers, where he continued practicing drawing and painting. Through trial and error, Robert learned what makes his art successful and what makes it worth looking at. Robert creates intense, personal moments masterfully created through observing the world around him and portraying situations that may be valuable to others. His paintings don’t always reference recognizable form. The results are deconstructed to the extent that meaning is shifted and possible interpretation becomes multifaceted. By applying abstraction, he makes work that deals with the documentation of experiences and the question of how they can be presented. His works are an investigation into representations of (seemingly) concrete ages and situations as well as depictions and ideas that can only be realized in painting. Ernest Robert currently lives and works in the greater New Orleans area, where he continues to find inspiration from his children and the city that he loves around him.