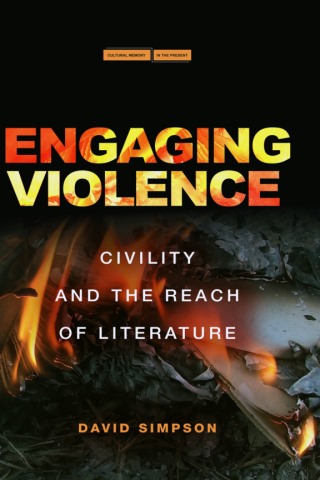 Civility and the Reach of Literature

Recent thinking has resuscitated civility as an important paradigm for engaging with a violence that must be deemed endemic to our lives. But, while it is widely acknowledged that civility works against violence, and that literature generates or accompanies civility and engenders tolerance, civility has also been understood as violence in disguise, and literature, which has only rarely sought to claim the power of violence, has often been accused of inciting it. This book sets out to describe the ways in which these words—violence, literature and civility—and the concepts they evoke are mutually entangled, and the uses to which these entanglements have been put.

Simpson's argument follows a broadly historical trajectory through the long modern period from the Renaissance to the present, drawing on the work of historians, political scientists, literary scholars and philosophers. The result is a distinctly new argument about the complex and often mystified entanglements between literature, civility and violence in the anglophone Atlantic sphere. What now are our expectations of civility and literature, separately and together? How do these long-familiar but residually imprecise concepts stand up to the demands of the modern world? Simpson's argument is that, despite and perhaps because of their imperfect conceptualization, both persist as important protocols for the critique of violence.

David Simpson: David Simpson is Distinguished Professor and G.B. Needham Chair, emeritus, at the University of California, Davis. His most recent book is States of Terror: History, Theory, Literature (2019).