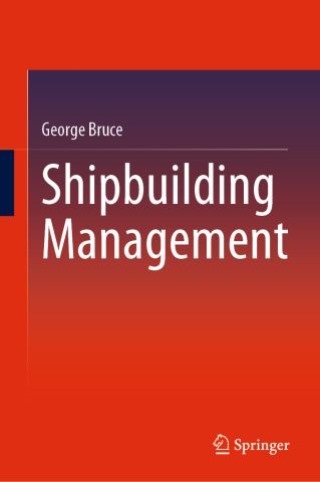 This book highlights the main features of shipbuilding management which lead to successful completion of shipbuilding projects. A brief review of the market context for the industry, its historical development are given to explain how shipbuilding arrived at its current structure. First pre-production including design, planning, cost estimating, procurement of materials and sub-contracting. Then, the production sequence outlines part preparation, hull assembly and construction, outfitting and painting, testing and completion. The importance of human resources and management organisation are explained. Building a ship is a complex project, so the principles of project management are described, first in general terms and then with specific reference to their application in shipbuilding. Finally managing the progress of a shipbuilding project and achieving completion are emphasised.

George Bruce:  George began his career as a shipyard apprentice, gaining a BSc in Naval Architecture during this time. His early career was project managing shipyard developments mainly in North East England. He spent three years managing shipbuilding research and development at British shipbuilders, followed by work in a major international consultancy, advising private and public shipbuilders and governments. He became Technical Director and also completed an MBA. George ran his own shipyard consulting company, also developing management information software for shipbuilding and shiprepair. He joined Newcastle University, where he was awarded a chair as Professor of Shiprepair and Conversion, retiring in 2012. George remains active in teaching and consultancy in shipbuilding and repairing.