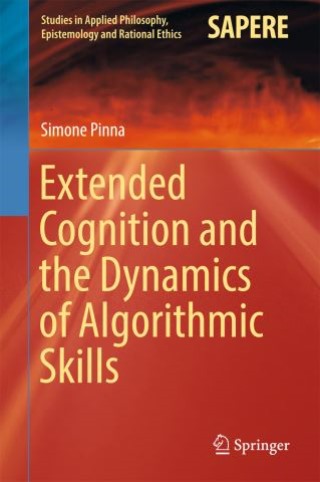 Extended Cognition and the Dynamics of Algorithmic Skills

This book describes a novel methodology for studying algorithmic skills, intended as cognitive activities related to rule-based symbolic transformation, and argues that some human computational abilities may be interpreted and analyzed as genuine examples of extended cognition. It shows that the performance of these abilities relies not only on innate neurocognitive systems or language-related skills, but also on external tools and general agent–environment interactions. Further, it asserts that a low-level analysis, based on a set of core neurocognitive systems linking numbers and language, is not sufficient to explain some specific forms of high-level numerical skills, like those involved in algorithm execution. To this end, it reports on the design of a cognitive architecture for modeling all the relevant features involved in the execution of algorithmic strategies, including external tools, such as paper and pencils. The first part of the book discusses the philosophical premises for endorsing and justifying a position in philosophy of mind that links a modified form of computationalism with some recent theoretical and scientific developments, like those introduced by the so-called dynamical approach to cognition. The second part is dedicated to the description of a Turing-machine-inspired cognitive architecture, expressly designed to formalize all kinds of algorithmic strategies.