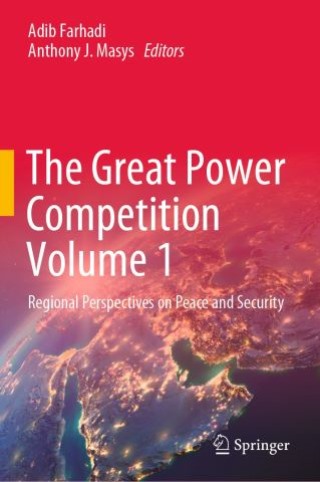 Regional Perspectives on Peace and Security

Over the past decade, the international political system has come to be characterized as a Great Power Competition in which multiple would-be hegemons compete for power and influence. Instead of a global climate of unchallenged United States dominance, revisionist powers, notably China and Russia alongside other regional powers, are vying for dominance through political, military, and economic means. A critical battleground in the Great Power Competition is the Middle East, the Horn of Africa, and the Central Asia South Asia (CASA), also known as the Central Region.

With the planned withdrawal of U.S. military forces from Afghanistan, the U.S. has stated its intention of shifting attention away from the CASA Region in favor of a more isolationist foreign policy approach. This book provides an in-depth understanding of the implications for this shift related to regional diplomacy & politics, economic opportunities & rivalries, security considerations & interests, and the information environment.  Amplifying the vital importance of success in the Central Region to U.S. prosperity and security, this volume advances dialogue in identifying key issues for stakeholders within and beyond the Central Region to gain a holistic perspective that better informs decision-making at various levels.

This collection of work comes from scholars, strategic thinkers, and subject matter experts who participated in the Great Power Competition Conference hosted by the University of South Florida, in partnership with the National Defense University Near East South Asia Center for Strategic Strategies in January 2020.