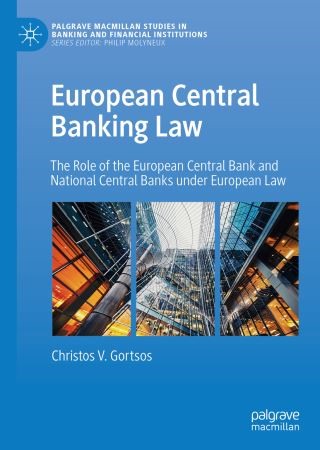 This book provides a comprehensive overview of European Union (EU) central banking law, a field of EU economic law which emerged in the late 1990s and has developed rapidly ever since. European central banking law pertains to the rules governing the functions, operation, tasks and powers of the European Central Bank (ECB) and the national central banks (NCBs) of EU Member States. Systematically presenting and analysing the role of the ECB as a monetary and banking supervisory authority, the book discusses its changing and developing responsibilities following the financial crisis of 2007-2009 and the ongoing fiscal crisis in the euro area. The book also highlights the ECB’s significant role in relation to the resolution of credit institutions, as well as, conversely, its relatively limited role in respect of last-resort lending to EU credit institutions exposed to liquidity risk.

The related tasks and powers of the ECB are presented in light of its interaction with NCBs within the Eurosystem, the European System of Financial Supervision, the Single Supervisory System and the Single Resolution Mechanism. Providing a detailed analysis of the legal framework governing (mainly) the ECB’s monetary policy and other basic tasks within the Eurosystem and its specific tasks in relation to banking supervision and macro-prudential financial oversight, this comprehensive book will be of interest to researchers, practitioners and students in the fields of EU monetary and banking law.

Christos V. Gortsos is Professor of Public Economic Law in the Law School of the National and Kapodistrian University of Athens, Greece. He is also, inter alia, Visiting Professor at the Europa Institut of the University of Saarland, Germany; Research Partner in the University Research Priority Program, ‘Financial Market Regulation’, at the University of Zurich, Switzerland; and Member of the European Banking Institute’s Academic Board. With his interests revolving around economic constitutional law, international and EU monetary and financial law, and central banking law, Christos was granted the Fernand Braudel Senior Fellowship (2017-18) at the European University Institute in Florence, Italy.