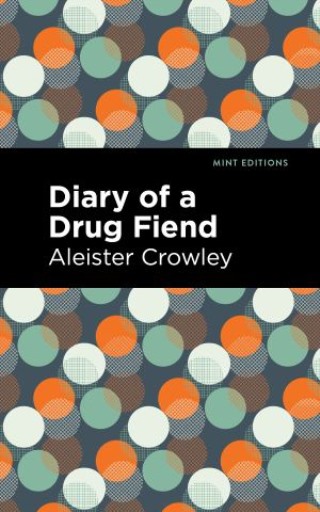 Diary of a Drug Fiend

Diary of a Drug Fiend (1922) is a novel by Aleister Crowley. Published at the height of his career as a poet and occultist, his debut novel draws on Crowley’s experiences as a heroin addict. Despite his lifelong struggle, Crowley’s penchant for recreational drug use and scientific informed many of the tenets of his religion Thelema. Diary of a Drug Fiend would inspire such musicians as Ozzy Osbourne, The Lemonheads, and The Beatles. Before there was Sir Peter Pendragon, decorated pilot and veteran of the First World War, there was Peter, a dedicated medical student with his whole life ahead of him. After the war, he struggles with depression and ennui while living off an inheritance from a deceased uncle. Alongside his lover Louise Laleham, he develops a passion for heroin and cocaine, which lead them across Europe in a series of drug-fueled escapades. Back in England, they attempt to use magick as a means of breaking their dependencies, but soon find themselves hopelessly lost in the world of addiction. At their lowest point, they meet Basil King Lamus, a powerful magician who offers them a way out. With a beautifully designed cover and professionally typeset manuscript, this edition of Aleister Crowley’s Diary of a Drug Fiend is a classic of English literature reimagined for modern readers.

Aleister Crowley (1875-1947) was an English poet, painter, occultist, magician, and mountaineer. Born into wealth, he rejected his family’s Christian beliefs and developed a passion for Western esotericism. At Trinity College, Cambridge, Crowley gained a reputation as a poet whose work appeared in such publications as The Granta and Cambridge Magazine. An avid mountaineer, he made the first unguided ascent of the Mönch in the Swiss Alps. Around this time, he first began identifying as bisexual and carried on relationships with prostitutes, which led to his contracting syphilis. In 1897, he briefly dated fellow student Herbert Charles Pollitt, whose unease with Crowley’s esotericism would lead to their breakup. The following year, Crowley joined the Hermetic Order of the Golden Dawn, a secret occult society to which many of the era’s leading artists belonged, including Bram Stoker, W. B. Yeats, Arthur Machen, and Sir Arthur Conan Doyle. Between 1900 and 1903, he traveled to Mexico, India, Japan, and Paris. In these formative years, Crowley studied Hinduism, wrote the poems that would form The Sword of Song (1904), attempted to climb K2, and became acquainted with such artists as Auguste Rodin and W. Somerset Maugham. A 1904 trip to Egypt inspired him to develop Thelema, a philosophical and religious group he would lead for the remainder of his life. He would claim that The Book of the Law (1909), his most important literary work and the central sacred text of Thelema, was delivered to him personally in Cairo by the entity Aiwass. During the First World War, Crowley allegedly worked as a double agent for the British intelligence services while pretending to support the pro-German movement in the United States. The last decades of his life were spent largely in exile due to persecution in the press and by the states of Britain and Italy for his bohemian lifestyle and open bisexuality.