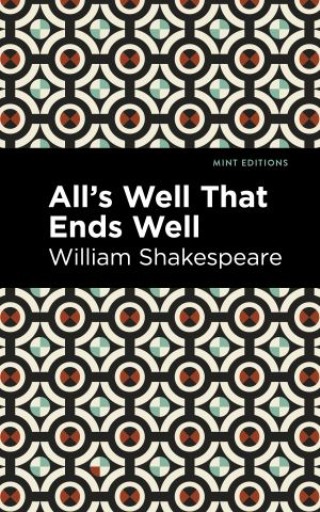 All’s Well That Ends Well (1607) is a comedy by William Shakespeare. All’s Well That Ends Well was likely inspired by the tale of Giletta di Narbona from Boccaccio’s Decameron. Unpopular during Shakespeare’s lifetime, the play remains one of his least staged works to this day. Despite this, scholars praise All’s Well That Ends Well for its moral ambiguity. “The web of our life is of a mingled yarn, good and ill together; our virtues would be proud if our faults whipped them not; and our crimes would despair if they were not cherish’d by our virtues.” For his wit and wordplay alone, William Shakespeare is often considered the greatest writer to ever work in the English language. Where he truly triumphs, however, is in his ability to portray complex human emotions, how these emotions contribute to relationships, and how these relationships interact with politics, culture, and religion. In All’s Well That Ends Well, as in so many of Shakespeare’s works, love is the center of attention. When Helena heals the King of France, who had been suffering from a persistent illness, he allows her to choose a husband from among his closest advisors. She selects the handsome Bertram, who disdains her for her lowborn social status. Although they marry, he leaves for Italy before consummating their union, failing to suspect the lengths to which Helena will go to get what she desires. With a beautifully designed cover and professionally typeset manuscript, this edition of William Shakespeare’s All’s Well That Ends Well is a classic of English literature reimagined for modern readers.