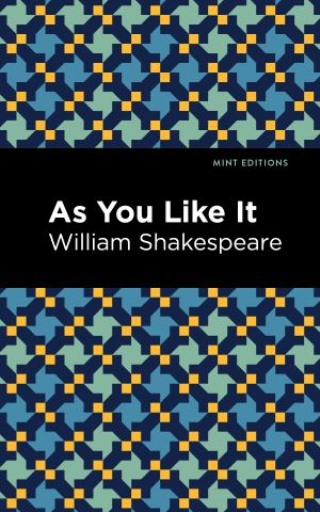 As You Like It (1599) is a comedy by William Shakespeare. As You Like It was probably inspired by Thomas Lodge’s Rosalynd, Euphues Golden Legacie (1587), a story based on “The Tale of Gamelyn,” a Middle English romance. For its deconstruction of traditional gender roles and depiction of homoeroticism, As You Like It remains an important and frequently performed play in Shakespeare’s oeuvre. “All the world's a stage, / And all the men and women merely players; / They have their exits and their entrances; / And one man in his time plays many parts…” For his wit and wordplay alone, William Shakespeare is often considered the greatest writer to ever work in the English language. Where he truly triumphs, however, is in his ability to portray complex human emotions, how these emotions contribute to relationships, and how these relationships interact with politics, culture, and religion. When Frederick exiles the Duke and usurps his throne, he allows his daughter Rosalind to remain due to her close friendship with his daughter Celia. When Rosalind is blamed for a conflict between brothers Oliver and Orlando, Frederick banishes her from the duchy. Determined to remain together, the two friends disguise themselves and, joined by the court jester Touchstone, flee for the Forest of Arden. There, Rosalind—in the guise of Ganymede—and Celia—as Aliena—attempt to survive through the kindness of strangers and old acquaintances alike. With a beautifully designed cover and professionally typeset manuscript, this edition of William Shakespeare’s As You Like It is a classic of English literature reimagined for modern readers.