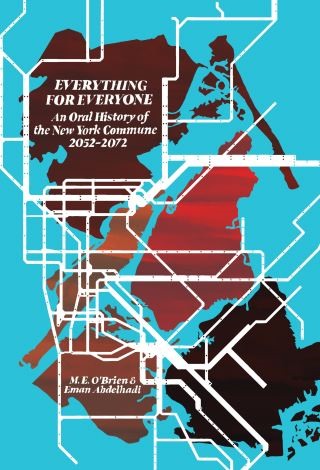 By the middle of the twenty-first century, war, famine, economic collapse, and climate catastrophe had toppled the world's governments. In the 2050s, the insurrections reached the nerve center of global capitalism—New York City. This book, a collection of interviews with the people who made the revolution, was published to mark the twentieth anniversary of the New York Commune, a radically new social order forged in the ashes of capitalist collapse.

Here is the insurrection in the words of the people who made it, a cast as diverse as the city itself. Nurses, sex workers, antifascist militants, and survivors of all stripes recall the collapse of life as they knew it and the emergence of a collective alternative. Their stories, delivered in deeply human fashion, together outline how ordinary people's efforts to survive in the face of crisis contain the seeds of a new world.

|||Eman Abdelhadi is an academic, activist, and artist based in Chicago, IL. Her research as faculty at the University of Chicago focuses on gender differences in the community trajectories of Muslim Americans. Abdelhadi has also spent many years organizing. She has been involved in the movement for Palestinian liberation, Black Lives Matter, counter-surveillance and abolitionism, marxist feminist mobilization as well as workplace struggles. She is currently co-coordinating the Muslim Alliance for Gender and Sexual Diversity, a national organization that provides support and builds community by and for Queer Muslims. Abdelhadi maintains an active creative practice that includes performance art and essay and poetry writing. Her writing has appeared in Jacobin, Muftah, and other publications.