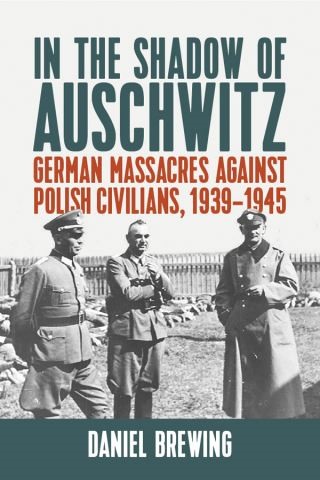 In the Shadow of Auschwitz

The Nazi invasion of Poland was the first step in an unremittingly brutal occupation, one most infamously represented by the network of death camps constructed on Polish soil. The systematic murder of Jews in the camps has understandably been the focus of much historical attention. Less well-remembered today is the fate of millions of non-Jewish Polish civilians, who—when they were not expelled from their homeland or forced into slave labor—were murdered in vast numbers both within and outside of the camps. Drawing on both German and Polish sources, In the Shadow of Auschwitz gives a definitive account of the depredations inflicted upon Polish society, tracing the ruthless implementation of a racial ideology that cast ethnic Poles as an inferior race.

Daniel Brewing is Assistant Professor of Modern History at RWTH Aachen University, Germany. His scholarly work has been supported with numerous scholarships from prestigious institutions such as the United States Holocaust Memorial Museum, the German Historical Institute Washington DC, the Fondation pour la Mémoire de la Shoah and the Gerda Henkel Foundation. He is the recipient of several awards including the Geisteswissenschaften International prize in 2019.