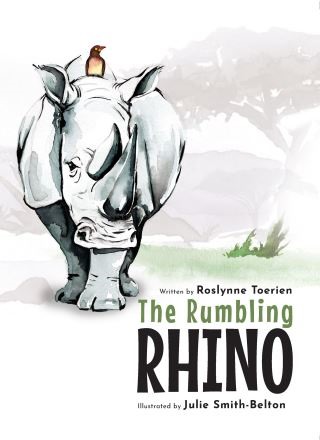 This book hopes to create awareness around endangered animals, to help
educate and empower the next generation to be the game changers. Who
knows? Some readers may even aspire to become game rangers!
It is time to stand up and say, ‘enough is enough’, even though the task
may seem very tough.(The list is only getting longer and longer, these
endangered animals getting fewer and fewer.)
It is not too late to join in the quest. Let’s stand up and put these poachers
to the test. There is power in team work as more can be done. Let’s stand
together to save every last one!

Roslynne Toerien is a proudly South African mother of three young children,
residing in Durban, KZN. She holds a Bachelor Of Education and has a love for
teaching, writing and dance. Ros is the CEO and Founder of the South African
Non-Profit Trust, The LEARN Project which stands for ‘Let’s Educate A Rainbow
Nation’ and aims to equip disadvantaged schools with libraries and book corners.
She lives by the motto ‘Small actions lead to big change’ and this can be seen in
the number of school LEARN library doors that have been opened and minds
that have been unlocked through the power of books and literacy.
Ros has been a guest speaker at a number of events and schools and was awarded
The Paul Harris Fellows Award by the Rotary Foundation of Rotary International.
She has worked closely on The Presidents ‘Reading Champion Programme’, as the
Provincial Lead Support Partner with The LEARN Project.