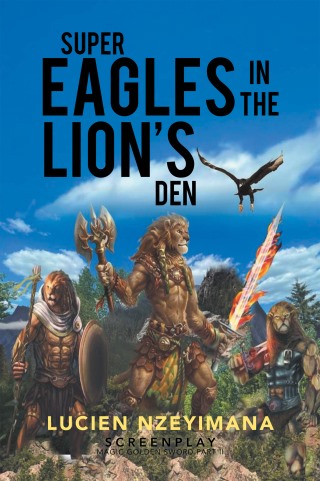 Super Eagles in the Lion’s Den

The Spears govern Burunga with an iron fist, recklessly murdering the Rungans. Colm Djandhi guides his siblings to the mountains of glory, where they hide the magic sword in a cave, before joining other Rungans displaced in remote forests. The growing power of the Spears poses a major threat to the Lords, their long-time enemies. However, the Spears get a dose of their own medicine when Gustavo Payoyub, President of Dandy, threatens their increasing power with a force ten times stronger than the Spears. The Spears also fear a coalition of the Lords and the Rungans. Together, they would be too powerful to ward off. To prevent the worst case scenario, the Spears force the Rungans to the front line to act as human shields against the President's army, hoping their single-handed defense would wipe the Rungans out, along with any possible alliance with the Lords. The desperate Rungans must overcome fear and helplessness in this imposed role. They have to fight for survival. To do this, they task Colm with training the makeshift army on traditional weapons. Once at the battlefield, the Rungans are blessed with supernatural powers. They obliterate the Lords entirely and come looking for the Spears.